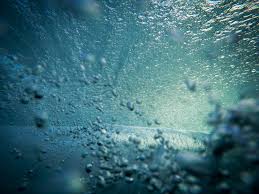 Maud Fontenoy, former French sailor and spokesperson for the UNESCO since 2009 is comitted into the protection of the environnement, especially the seas on which she has lived for many years since she was a child and through her rowings on the oceans in 2003 and 2005.

Irina Bolova, Director-General of Unesco, opened World Ocean Day on 8 June 2017 in front of the high dignitaries and environmental actors from all over the world attending the first United Nations Conference on the Ocean. She questioned the conditions that must be met “to preserve and sustainably exploit an ocean that gives humanity the keys to its survival, from oxygen to a well-functioning climate and the essential elements of our natural and human heritage“.

The ocean to regulate the climate

We know that the ocean is a key player in regulating the global climate, particularly because of its ability to absorb carbon dioxide from the atmosphere, which is a particularly active greenhouse gas. Without the ocean, which absorbs about a quarter of the carbon dioxide emissions released into the atmosphere by human activities, global warming would be greater and faster than the one we are experiencing today.

It is also known that this absorption of carbon dioxide results in a major disadvantage: it alters the chemical balances that regulate the pH of seawater. The ocean is becoming more acidic, with important consequences in the coming decades for shellfish production activities in our coastal waters, not to mention the impact on corals and other limestone organisms.

Global warming of the ocean

Global warming of the ocean due to climate change has another major disadvantage, which has just been confirmed by an article recently published in the journal.
Indeed, in the ocean, oxygen concentration, an essential element of marine life, has tended to decrease since the mid-twentieth century. The existence of oxygen-free zones (so-called “dead zones”) in coastal marine areas is known: since 1950, more than 500 anoxic coastal sites have been listed.

On shore and at depth

This is a direct result of the massive increase in organic or mineral waste as a result of agricultural or urban activities. First, it results in a massive production of opportunistic algae that accumulate on the beaches, followed in a second stage by an increased consumption of oxygen to oxidize the organic matter accumulated, with at the end of the process, production of malodorous and toxic gases for marine animals, even for humans.

Numerous examples have existed in western European coastal waters for several decades. In Brittany, we can take the one of Mor Braz (bay of Vilaine) where a massive mortality of fish was observed in July 1982: the waters had become transiently anoxic following a malfunctioning of the Arzal dam.

The new element of the study published in Science is that, beyond the coastal zones,”deoxygenation” seems to affect the ocean in its entirety. Since the mid-twentieth century, in the deep ocean, areas naturally low in oxygen have grown by an area of 4.5 million km2, equivalent to that of the European Union.

No doubt about it. Not only is it urgent to implement sustainable development that keeps global warming within reasonable limits, but it is also essential to develop an active and rigorous environmental policy. In this global demand, France has its part to play. Another challenge for Nicolas Hulot, the French Minister of Ecological and Solidarity Transition since May 2017.